I tried my new macro lens the other day. It started to snow and I tried to capture the flakes. The weather however, was not cold enough. The flakes were melting quickly. Here are my first attempts at capturing snow in the lens. I know others have succeeded with  beautiful images. This is my start. This entry was posted in Reblogged and tagged photos, snow.

If you don’t like to read you haven’t found the right book. 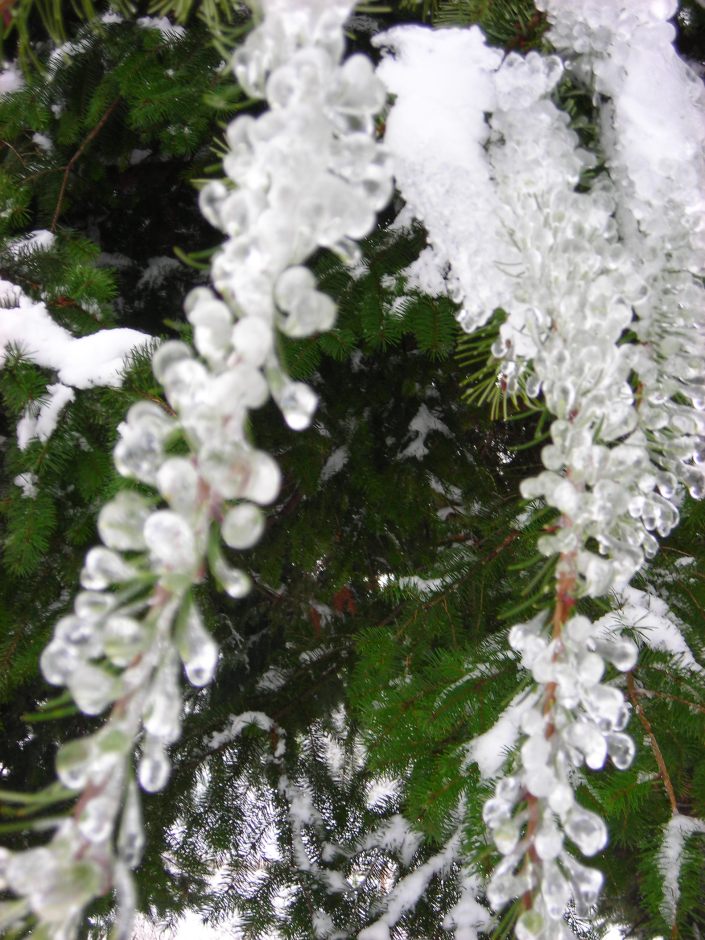 This week’s photo challenge is simple. A winter blast hit the Pacific Northwest earlier this week. I live about forty minutes south of Seattle, so whenever snow is on the forecast that’s all they talk about. Here are some simple black and white photos with snow and ice. True the whole process of water into ice is complex, but I wanted to share.

This week’s photo challenge is peaceful and the first thing that came into my mind was silence, alone, and still. I was going to post a lovely sunset photo, but I decided to share photos I took in Alaska. My family and I experienced a helicopter ride above Alaskan glaciers and mountain range. The view was breathtaking. The scenery appeared so majestic and tranquil. The black and white photos really capture the stillness. 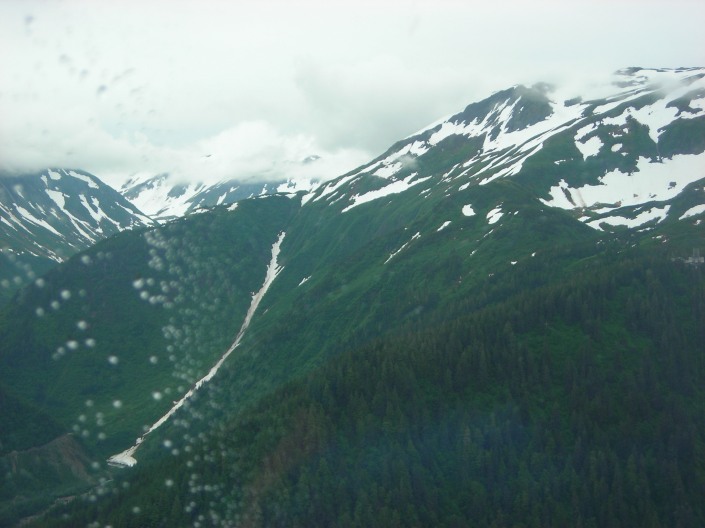 I haven’t posted a weekly photo challenge for a few weeks, since I’ve been busy with the holidays but I’ve found winter photos. I’ve already posted a few of these, but I still enjoy them. Bundle up and stay warm. 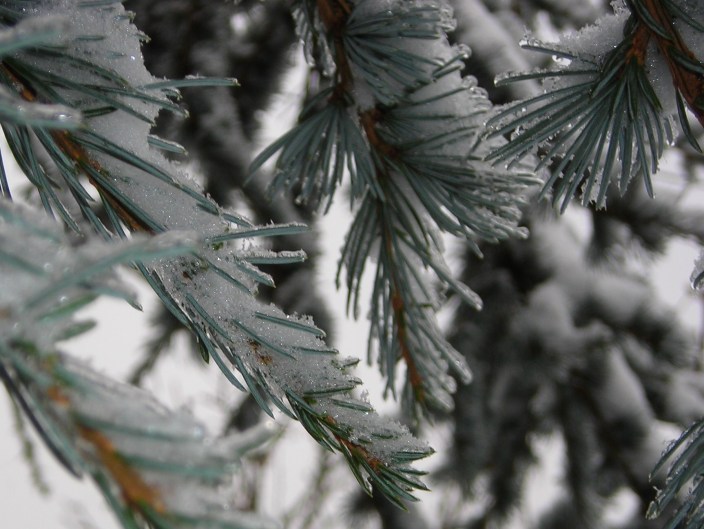 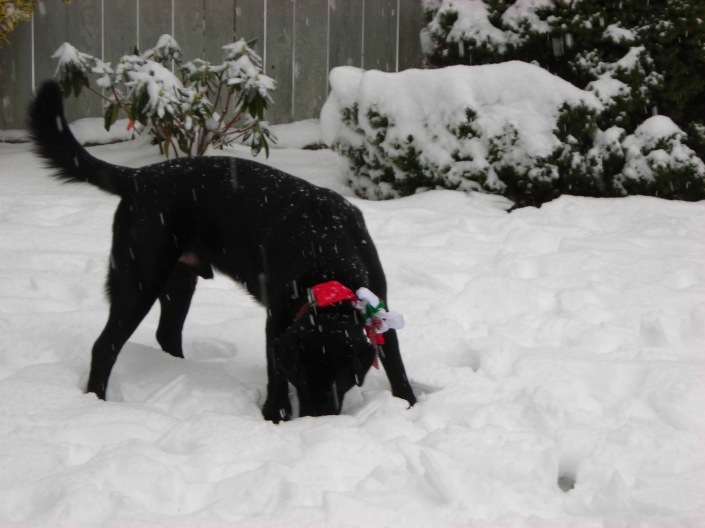 Here is frost on my car window on a cold winter morning. 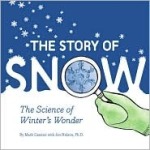 The Story of Snow: The Science of Winter’s Wonder

by Mark Cassino with Jon Nelson

This is a wonderful book for all ages to understand in clear language about how exactly snow forms. It’s a process that occurs at a miniature  scale, so our eyes don’t witness the wonder. The Story of Snow: The Science of Winter’s Wonder provides snow crystal photographs, diagrams about the steps to become a snow crystal, and how to catch your own snowflakes in the correct conditions. The book clearly explains the snow formation process without being too confusing. After learning about the science of snow, I wished that it was cold and snowy to catch snowflakes. Sadly, I had no snow. This book is a great addition to an earlier book review about Wilson Bentley who learned how to photograph snow in the 1880s in the book Snowflake Bentley. The Story of Snow: The Science of Winter’s Wonder was recognized by the National Science Teacher’s Association in 2010. 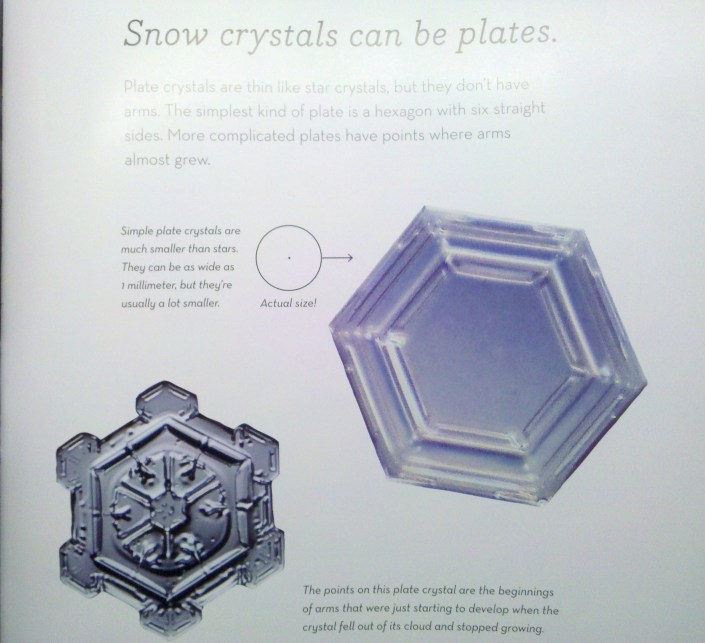 Would you like to catch your own snow crystals? Here are some steps to help you see beautiful snow crystals. I haven’t personally tried this, but let me know if your results are successful.

Supplies:
– Dark & stiff cardboard or foam
– Magnifying glass
Directions:
1. Put the cardboard of foam outside for at least 10 minutes before trying to catch snow. The board must stay cold and dry.
2. Hold the board by one edge so that it is flat. Position yourself so that only a few snowflakes fall on the board.
3. Examine smaller bits of snow to see individual snow crystals. Use the magnifying glass.
4. Keep trying and make sure the board remains cold. 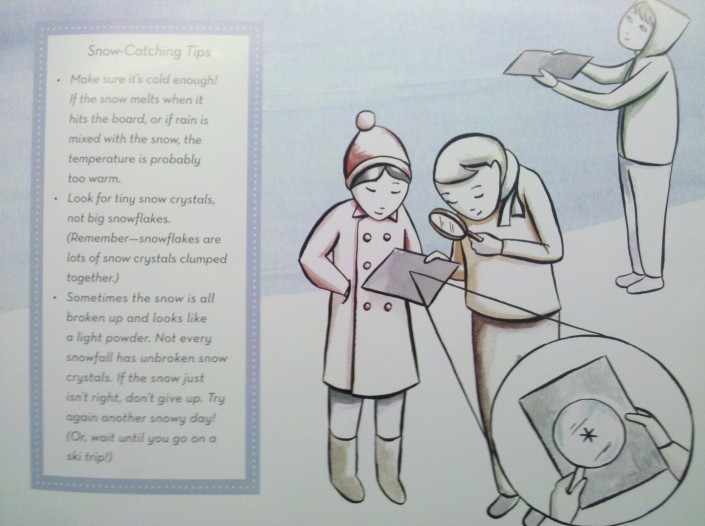 The True Story of the Snowflake Man

Snowflake Bentley tells the true story of Wilson Bentley who was a boy fascinated with snow. Wilson Bentley was born in 1865, in Vermont, where snow is as common as dirt. His happiest days were snow days. He could give his mother flowers and hold butterflies in his hand, but he couldn’t share snowflakes. When other children played in the snow, Wilson studied moisture and snow crystals. He discovered that the snow crystals had six branches and were masterpieces of design since no flake was ever the same. He wanted to share snowflakes’ beauty with others and drew pictures, but they often melted before he could finish the drawing. Wilson drew a hundred snow crystals for three winters until he learned about a camera with a microscope. His parents believed it was somewhat foolish to desire taking photos of snowflakes, but they eventually bought the expensive camera that took imagines on glass negatives and magnified 3,600 times its actual size. At first, there were many failures and Wilson wasn’t able to take a successful snowflake photo. However, he experimented with the light and finally produced a snowflake photo. Wilson could now share snow’s wonder with his snowflake photos. Colleges bought his photographs and artists used the photos for inspiration. Wilson Bentley was an expert at snow and was known as the Snowflake Man. When he was sixty-six years old, his photographs were published in a book. Sadly, he died less than a month after the book was published. A monument now stands in Wilson Bentley’s home town: Jericho, Vermont.

Of all the forms of water, the tiny six-pointed crystals of ice called snow, that form in such quantities within the clouds during storms are incomparable the most beautiful and varied.

Snowflake Bentley won the Caldecott Medal in 1999. I really enjoyed this book, because it was written somewhat in two sections. There was a general story line of Wilson Bentley’s life growing up and his love for snowflakes, but there was also detailed information on the side with dates, education background, and the snowflake photography process. This book is a wonderful introduction to the science of snowflakes. 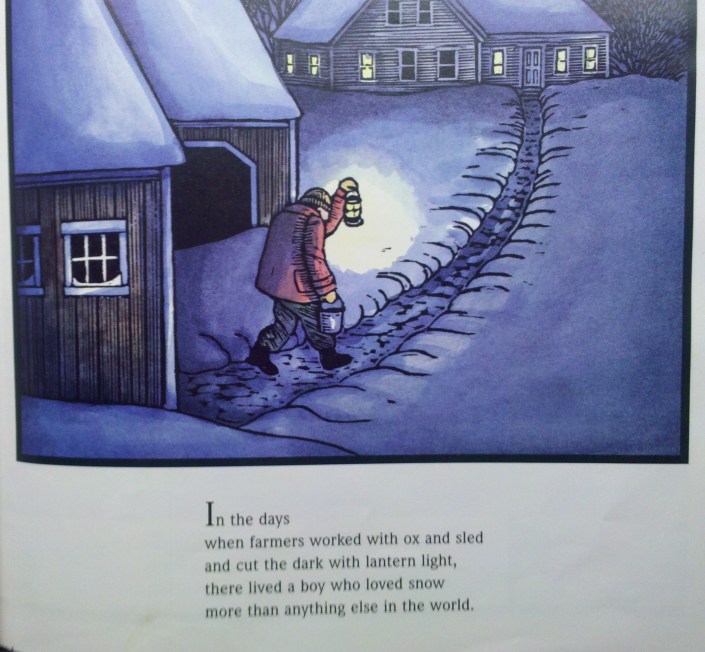 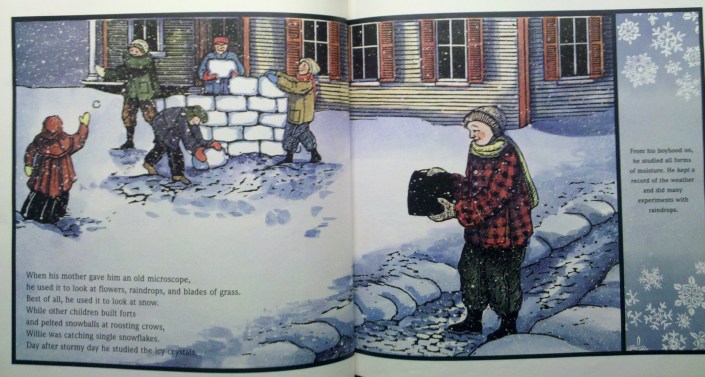 by W.A. Bentley and W.J. Humphreys

Snow Crystals contains over 2,000 snowflake photographs that Wilson Bentley took. In 1931, the American Meteorologist Society gathered Bentley’s snowflake photographs and produced this book. The brief introduction describes scientific information about snow formation and the different shapes. The photographs are presented against a black background, so they really stand out. I showed this book to students and they were amazed, which I’m sure is exactly how you’ll feel after looking at these photographs.

The Boy Who Believed It Would Snow

written and illustrated by Uri Shulevitz

Nobody believes a small boy when he continually states that it’s going to snow. The day begins grey and dirty, but soon there is the glimpse of one snowflake. A man with a tall hat and a woman with an umbrella state that it’s nothing and will soon melt. The radio and television mention no sign of snow. However, snow doesn’t watch television or listen to the radio. Snow is snow. Soon more snowflakes fall and turn the dreary grey skies into a white blanket that covers the town. Snow contains few words, but the illustrations make the story as the town becomes whiter. I saw this book as an optimistic young boy who believes in the magic of snow and a pessimistic town who only believe what they are told. Snowflakes keep coming and coming and coming, circling and swirling, spinning and twirling, dancing, playing, there, and there, floating, floating through the air; falling, falling everywhere. This book was awarded a Caldecott Honor in 1999.

I cannot live without books.

There are many different types of snow. Snow can be barely a whisper that lightly falls or snow can be heavy as it thickly covers everything. Snow is a lovely book that describes the types of snow and activities that occur. There’s certain snows that cancel school and we enjoy warm inside. Children and those young at heart love snow best and the snow welcomes them with snow angels and snowmen. The book ends that eventually the snow melts and we have the memories.

There Was a Cold Lady Who Swallowed Some Snow

This book is another version of the ‘There was an old lady…” I wrote another post about a lady who ate a pumpkin pie. I think these books are very humorous and readers always beg to hear it again. In this version a lady begins swallowing some snow, a pipe to warm her toes, some coal, and it continues. Here is the last line: ‘I don’t know why she swallowed some snow. Perhaps you know.’  The readers can guess about what she may swallow next and what happens with all the items. Lucille Colandro wrote other ‘I Know an Old Lady…’ books, so there’s more fun if you enjoyed this book. 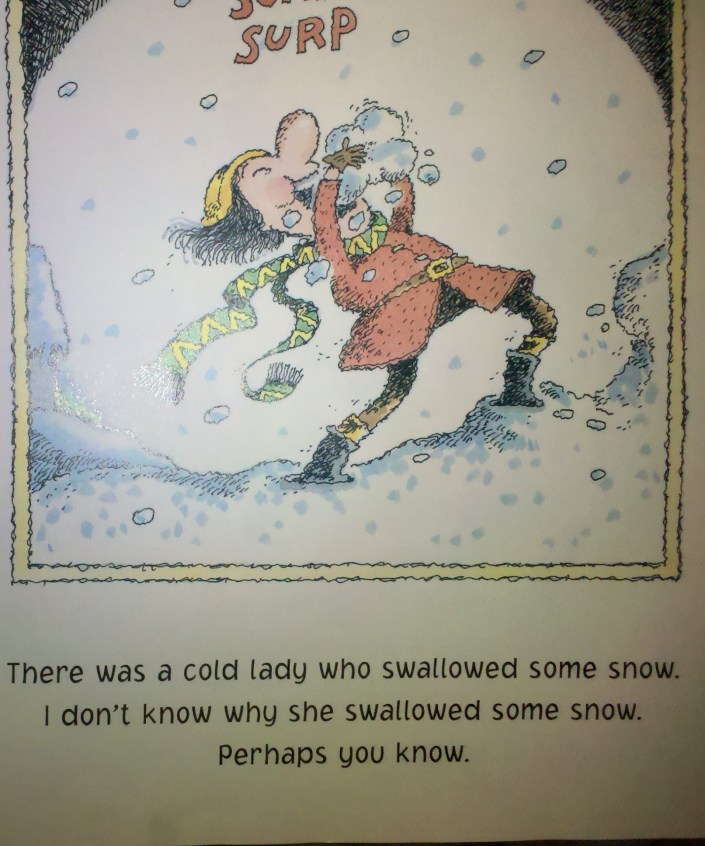 Here’s a take 2 for the weekly photo challenge: texture. These photos were taken while riding in a helicopter over Alaska. The snow crevices make it appear almost rough. 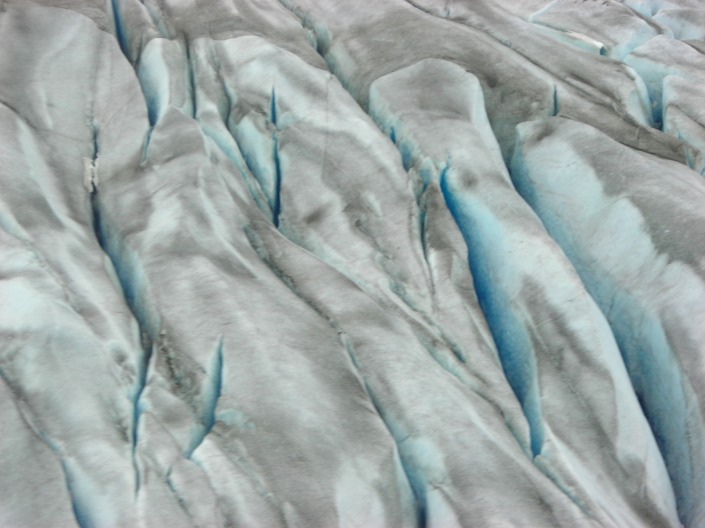 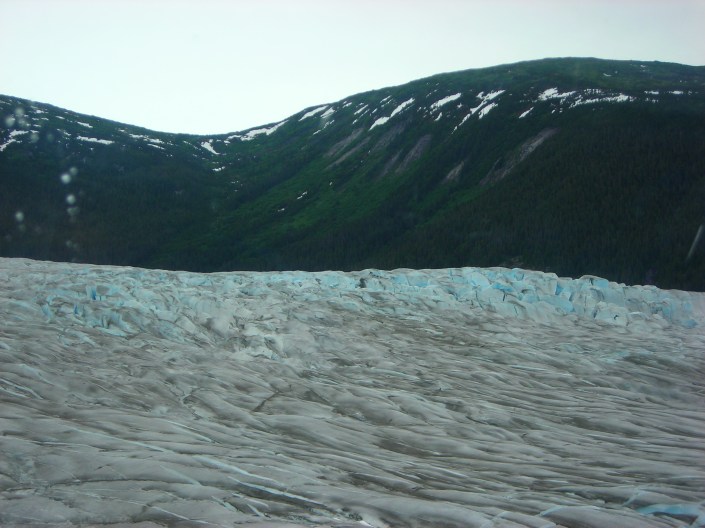