A museum holds many interesting things from paintings, artifacts, and sculptures. A young boy is on a field trip to a museum and everything is fine, until he stops to tie his shoe. He now lost his group and wanders alone. He discovers a room with maze-like drawings. When he takes a closer look he finds that he is physically inside the maze. He now explores maze after maze. When he finishes navigating through all the mazes, he exits the room. Finally, the boy catches up with his classmates on the museum trip. His field trip experience is quite different from others.

The Museum Trip is a simple wordless book and not too much imagination is needed. The book is fun, because each maze is on a page. The reader can ‘help’ the boy find the center and exit the maze. 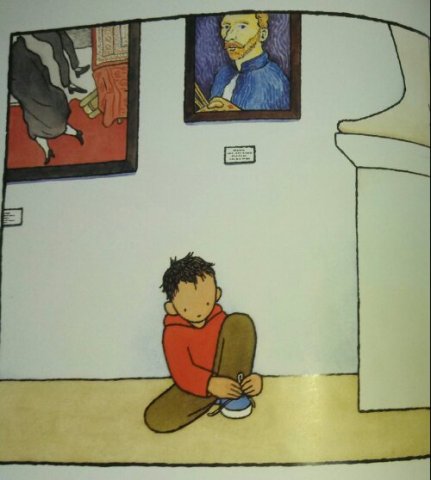 A boy goes on a field trip to the Empire State Building in New York City. However, it’s a very cloudy day and not much can be seen at the Observatory. A friendly cloud whisks the boy away into the sky. They travel far until they reach their destination: Sector 7. Sector 7 is the control station where clouds arrive and depart. The clouds have a problem that hopefully the boy can solve.

I read Sector 7 to two classes and both groups were skeptical about a wordless book. A student asked, ‘You mean we’re making the story?’ Yes, that is exactly what occurred during read aloud. The students were captivated with picture details and making the story in their own words. Sector 7 is a good book for older ages to pick up clues in the story. Students can write or draw about what their cloud would look like. I recommend this book. 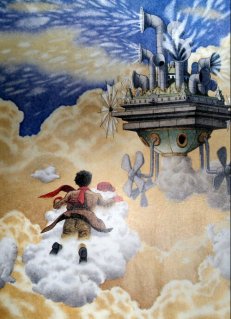