I read The Lemonade War during the wrong season, since I wanted a refreshing drink while reading it. Evan Treski deals well with people whereas his younger sister, Jessie, works better at math. Together they’d make the perfect lemonade team, however they’re at war with each other to sell the most lemonade. The tension began when Evan discovered that Jessie would be skipping a grade and both would be in fourth grade together. Normally, they get along fine as siblings but Labor Day weekend they use any business skill to make the most money. Every chapter starts with an economic term that relates to the chapter. The book changes perspectives between Evan and Jessie. I thought this was an enjoyable book that explains math and business in a fun way. The lemon business gets sour as the war ends with an interesting twist that leads into the next book, The Lemonade Crime. A third book, The Bell Bandit, in The Lemonade Series releases May 2012. 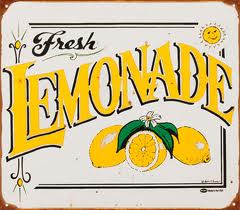 This is the only book I’ve ever returned on my Kindle. Not because I didn’t like it, but because I ordered it accidently and promptly sent it back. I’d never heard of it then. Maybe I should have read it. 🙂

Well, it’s never too late to read a book. I thought it was an enjoyable book that taught good lessons. Thanks for your comment.

Yes, it’s a fun book that won’t make a sour face about math. 🙂

You deserve to have this my Friend
http://wp.me/P1Dwwo-nN 🙂