I don’t want to reveal too much about Wonderstruck, since letting the story unfold makes it a great book. You may already be familiar with Brian Selznick’s book The Invention of Hugo Cabret, which was recently made into a film. This book is similar, since part of the story is told through pictures. Don’t let the page numbers scare you, since the pages fly by and you’ll wish there was more to read. The book is about two individuals set 50 years apart who eventually intertwine together. The stories are separate, yet both desire something in their lives. Ben’s story begins in Minnesota, in 1977, who desires to learn about his father. Rose’s story begins in New Jersey, in 1927, who keeps newspaper clippings of a woman and feels out of place. Both discover a clue that leads them onto a quest. The stories move back and forth, Ben’s story is told through words and Rose’s story is told through pictures. This is the first graphic novel that I’ve read and it was magical. Brian Selznick’s illustrations and details make the story come alive. The pages need full attention, since there are  messages within the illustrations. The book wasn’t exactly a mystery, instead it was as though Wonderstruck slowly revealed its secrets. I really enjoyed this book and highly recommend it. 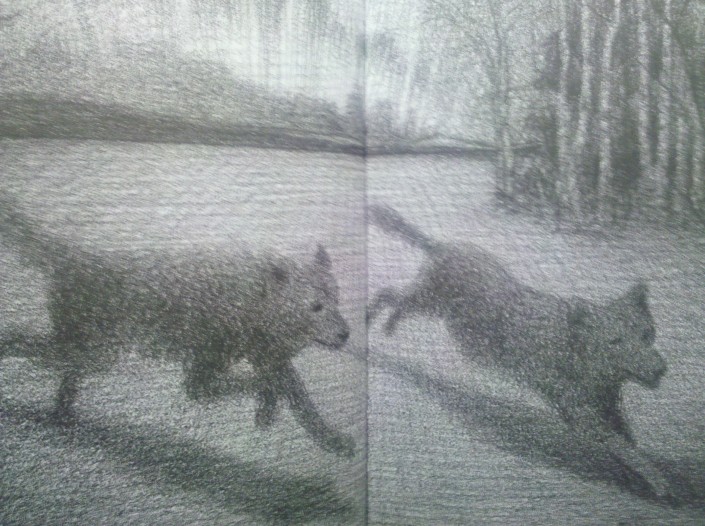 Ben’s hands were still shaking from the dream. Ever since the accident, the wolves appeared, galloping across the moonlit snow, red tongues wagging and white teeth glistening. He couldn’t figure out why they were stalking him, because he used to love wolves. 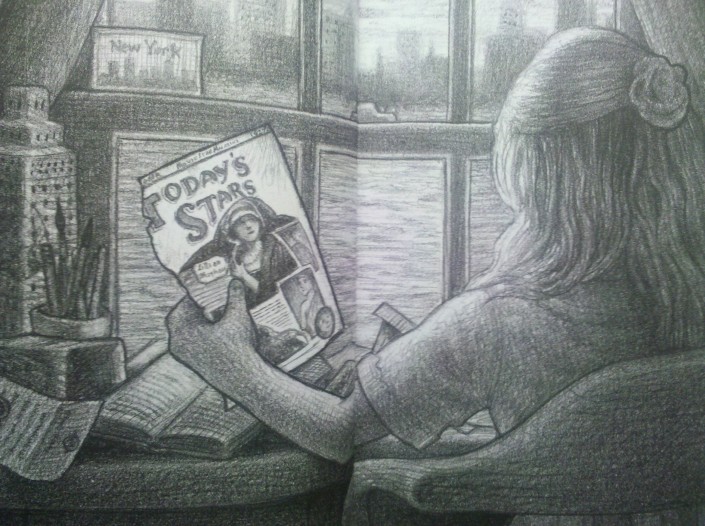 I loved this one! I was so excited to get my hands on an ARC last summer – my very first one . I thought it was better than Hugo.

I haven’t read Hugo yet, but I’ve heard from others that Wonderstruck was better. Thanks for your comment.

Hmmm….I have an Amazon gift card from Christmas. I think this is where it may go so I can share this with my granson. Thanks.

Oh you won’t be disappointed. It’s a wonderful and unique book that I’m sure both of you will love! Thanks for stopping by.

what is the library name